Spicy delight for the senses at Seven Spices Balti restaurant in Sheffield.

Your eyes are hit by a blue, green, yellow and red lit-up sign and the colours bring a smile to your face.

You have arrived at 7 Spices Balti, and are guided to the entrance by this iconic neon elephant glowing sign. “Because we’re in the basement it’s a bit difficult to find us but when people are driving or walking past the sign draws their attention,” said Harood ‘Harry’ Tariq, head waiter, and he is right. In 20 years since opening for the first time, 7 Spices has become a bit of an institution, although Harry said: “We don’t advertise much because we go more based on word-of-mouth, which is the best form of advertisement you can really get.” Located on Gibraltar Street, West Bar, the family-friendly restaurant sits next to some of the most popular pubs in Sheffield making it a hotspot on a Friday and Saturday night when Harry said the atmosphere is “alive and buzzing”. 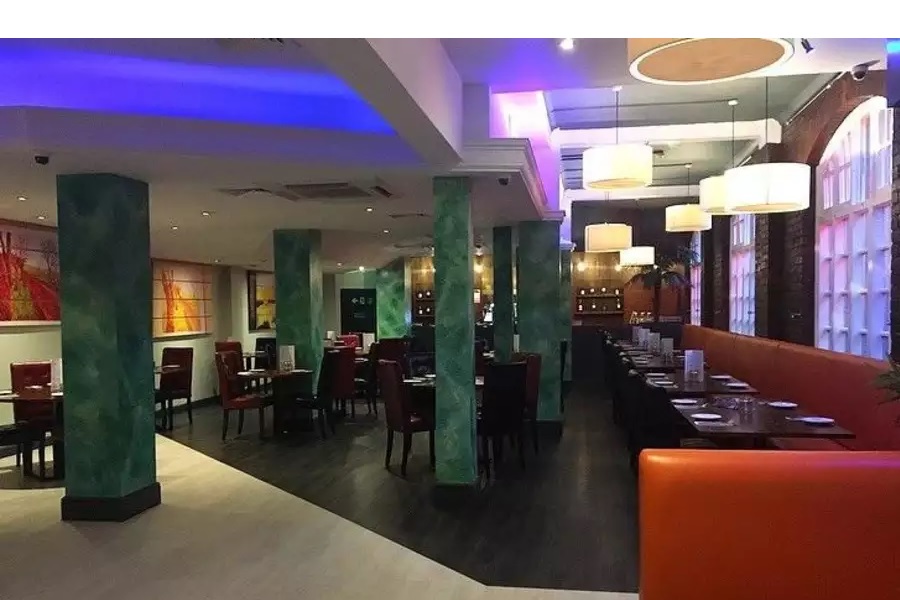 He joined the team a year ago, just as it was undergoing a major refurbishment, and said although a lot has been shaken up since the owner of 17-years changed hands, it still retains its status as a traditional Indian restaurant. 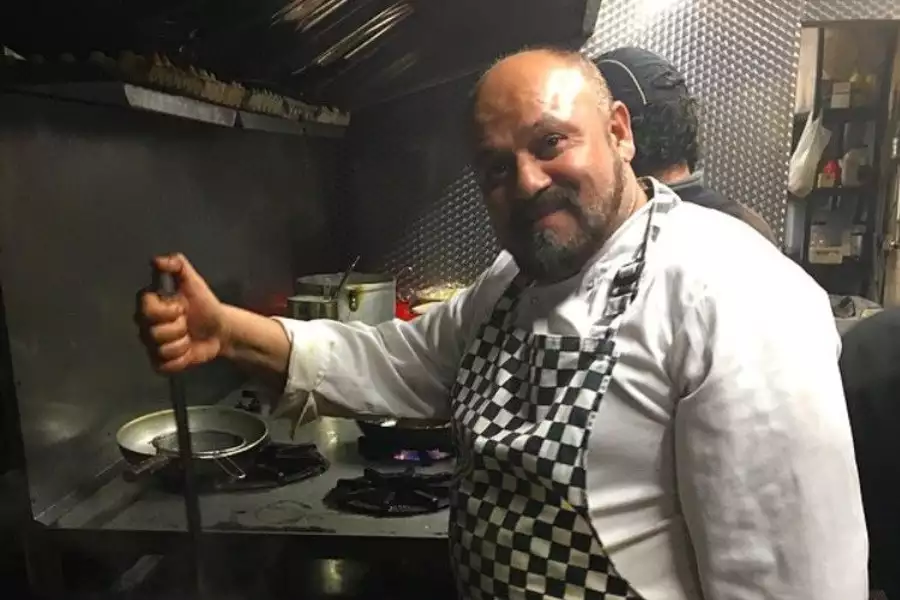 During the revamp, they got rid of what was quite a cold, bland and old-fashioned decor, with white tiles and marble tables, and transformed it into a more modern, vibrant, yet tasteful setting.

The new look adds to an atmosphere as colourful and warm as the flavours in their food. We were immediately welcomed by a smartly-dressed waiter and taken to a romantic candlelit table and handed the menu.

This too, has had a makeover. Harry said: “We changed the menu as well, we cut it down to make it shorter and simpler for customers so that it’s easier to get around. “If you go to a lot of other places the menus are quite massive, and I always think if the menus are that big how do they actually get everything right?

“But there’s still a lot of variety and options for vegetarians, and we tailor some dishes to suit different people’s tastes, for example if people want theirs spicier or milder.

“But Sheffield is a multicultural city so a lot of people these days are into more spices and enjoy the different flavours a lot more.” 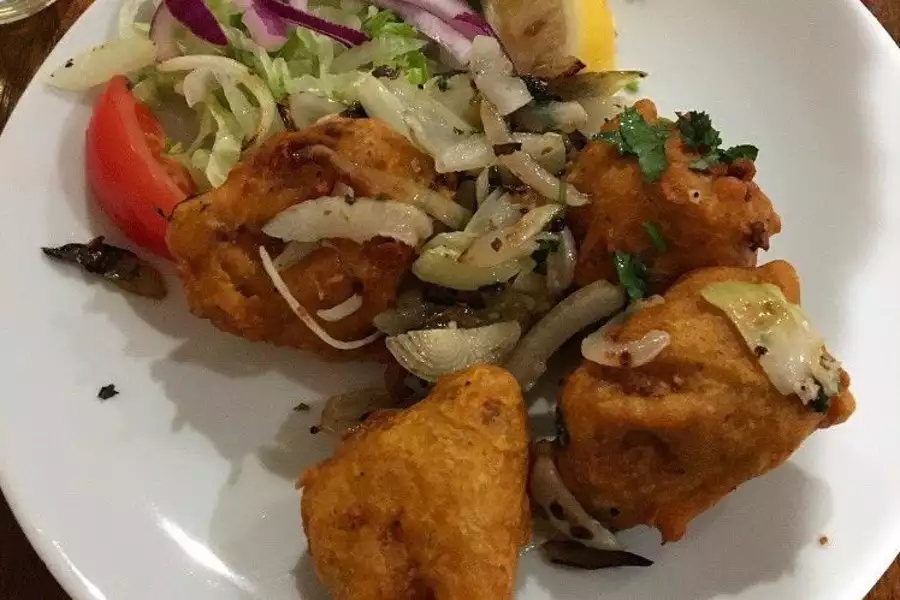 The chefs will also make food on request that is not on the menu and customers can order food to be delivered to their home or collected from the restaurant.  After we perused the menu and enjoyed some poppadoms, which came with a very tasty selection of dips, we settled on our courses for the evening. It was, surprisingly, my guest’s first ever curry so he played it safe and chose the special korma – chicken, lamb and prawns cooked in a smooth creamy sauce with ground almonds – with garlic naan for main and chicken pakora for starter. 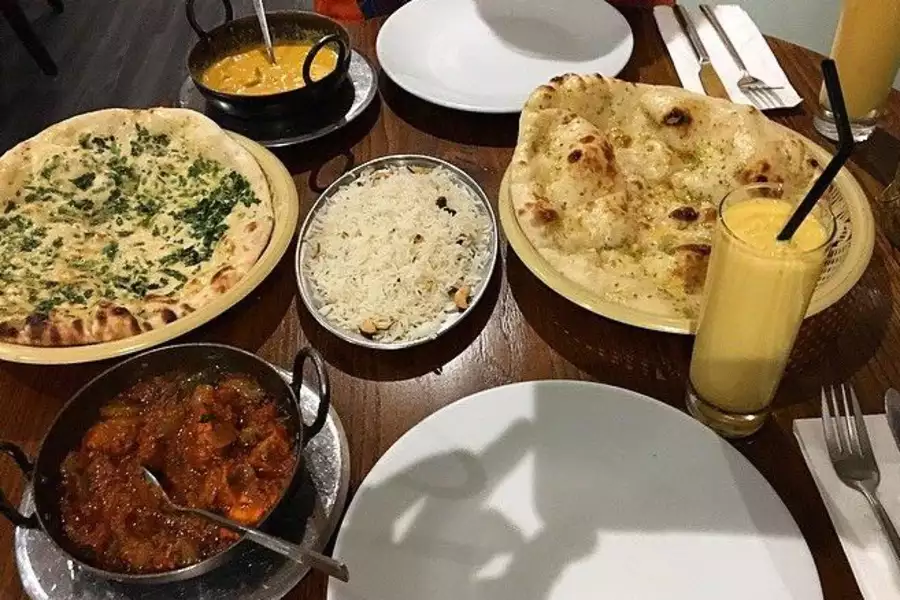 I decided upon the special karahi – chicken, lamb and prawns cooked with onions, tomato, garlic and a special blend of eastern spices – with garlic and coriander naan for main and lamb chops to start. It was a bit of a wait before our starters but, it was worth it. They were delivered on trolleys and still sizzling in a pan before they were placed on plates in front of us. We were impressed so far.

Both the pakora and chops came with salad and fried onions. The lamb was smokey and flavoursome and the onions were oozing with spices from the pan. The pakora was “tender with a lasting after-kick of spice”. Both dishes were enjoyed and made us suitably hyped for our main courses. Again, as the food was wheeled to the table, still cooking in the pan, we got a real sense that it was fresh and a lot of attention was given to the experience of diners. Harry said they put a lot of emphasis on making quality food and admitted “It takes time for the food to come out because we want it to our standard, if I taste something and it’s not good enough for me – it won’t go out.” The naans were light and well-flavoured, the karahi had a good texture, the meats were tender and the spices were subtle and warm. The korma was “creamy but a bit too sweet”. We also shared some lemon and cashew rice which was a tame accompaniment.  We washed down mouthfuls with mango lassis, a kind of smoothie which originated in the Indian subcontinent and calms the heat from spices. Service was attentive and friendly. Harry said the team make an effort to get to know their customers well which makes for a welcome and relaxed atmosphere. He added there is a waiter called Brian, who Harry calls “the face of 7 Spices”, as he is loved by regular customers. He has worked at the restaurant for years and is now in his 60s. At the end of our meals we were given some warm wipes to freshen up, which was a nice touch. The bill arrived and proved good value for money for a satisfying experience, totalling at £47.95. Although it was quiet on the Sunday evening we went, the service could have been quicker, but to sum up, the food was delicious and the setting was cosy.